Whenever a bunch of Burg nuts get together. The inescapable question is "who are your favorite producers, domaines and negociants". Well here is my short list. It's a bit long but hope it helps.

Bernard Dugat-Py is a ‘small’ family operation located in Gevrey Chambertin. This operation’s first vintage was 1989 and produces outstanding examples of what Gevrey Chambertin is capable of. Prior to this, their wines were purchased by negociants for bottling under their own names. Total vineyards cover 8.06 hectares or ~20 acres. Much of these are old vines and therefore produce lower yielding smaller sized fruit berries. This reduces the need for a ‘green harvest’ – a common practice in Burgundy to restrain yields. The domaine essentially adheres to organic farming methods and eschews fertilizers and weed killers. All grapes are manually harvested with complete de-stemming. Wild yeasts are used and wines are neither fined nor filtered. The suggested bottle age by the Domaine are given below but frankly seems on the low end. Given these relatively new wines – only time will tell! 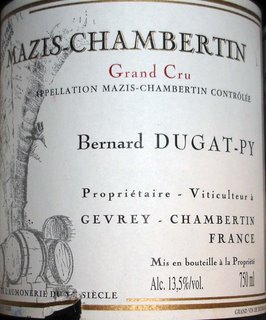 Charmes-Chambertin
Two plots of vineyards combine for 0.47 hectares (1.16 acres). One plot of 0.17 hectares is actually in Mazoyeres-Chambertin (French AOC law may allow this to be sold under its own climat name or Charmes-Chambertin). The two plots are combined to make one bottling of Charmes-Chambertin. Average vine age is around 30 years old. 100% new oak barrels are used. 8-10 years suggested. 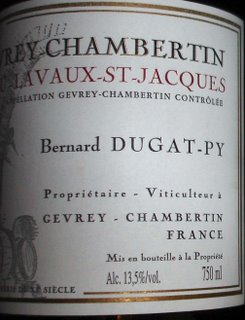 Gevrey-Chambertin Premier Cru - Petite Chappelle
‘The small Chappelle’ is for its namesake situated right next to its Grand cru neighbor. Total vineyard size is 0.24 (thats about 1000 750ml bottles) hectares and was planted with extremely high density of vines. Supposedly this parcel was purchased in 1998 but I have seen bottlings from 1996 - perhaps it was leased at the time? 100% new oak barrels are used. 5-10 years suggested. 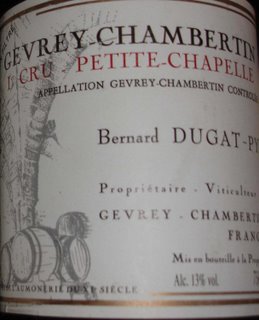 Gevrey-Chambertin Premier Cru
A mixture of several parcels. Fonteny (0.09 hectares), Corbeaux (0.17hectares) and Perrieres (0.09 hectares). Sometimes under special circumstances, these may be bottled individually. Most of the time, they are combined into a single wine. Average vine age is 50 years. 100% new oak barrels are used.

AOC ‘CLIMAT’ WINES
Gevrey-Chambertin - "Le Evocelles"
Plot amounts to 0.54 hectares. Some vines are over 70 years old with extremely low yields. 100% new oak barrels are used. The Domaine states that it can keep 8-10 years in cellar but drinkable after 2-3.

Gevrey-Chambertin - "Coeur De Roy"
A selection of best vineyards and oldest vines in G-C are used. Vine age is 50-90 years old. 60% new oak barrels are used. The wine needs 8-10 years of bottle age due to its tannic structure. 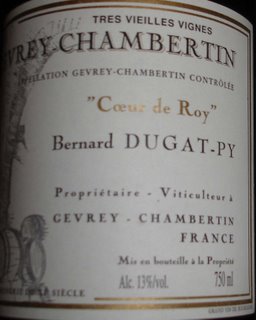 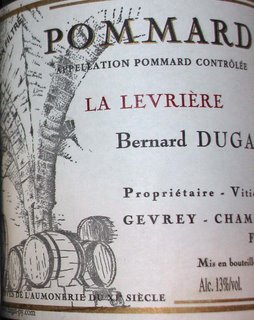