Over the years, by trial and error one usually goes through quite a few corkscrews. Some are just horrible but others have worked quite well. If this saves you time, agony and undue trouble then it would have been worth it. This is what works for me and continues do to so.

This brand from france is probably the easiest corkscrew to use and works very well in 95% of the situations. The nice part is it requires very little training or "skill" to successfully open a bottle. Here are my two favorite versions.

The "deluxe" version. Guaranteed to wow your friends with the plunge action. Its also one which I find being used less and less because its just too darn big - overkill most of the time. 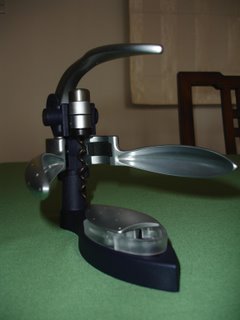 This particular portable version is my favorite portable screwpull - its a 2-piece with a "finger" lever. This provides more leverage than the usual single piece versions which have a smaller handle and effective leverage. The blade in this foil cutter is not exactly razor sharp but it works. 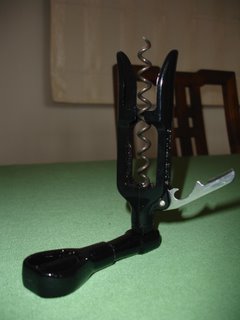 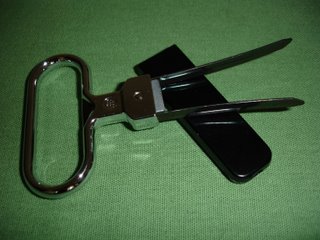 A must have whenever you have old crumbling corks. Priceless at salvaging corks which break halfway - corkscrews a pretty much useless at this point as further pressure with the corkscrew will just force the remaning cork into the bottle.

The truth be told I don't use screwpulls much nowadays mainly because of this corkscrew. Its just a joy opening a bottle with one of these. This is not your normal corkscrew, the quality is very good and should last a lifetime. The downside is the serrated foil cutter - I would prefer a normal sharp blade as opposed to a serrated one. The cut is just not as clean. The current series of corkscrews come in various handle materials - my favorites is bullhorn tip as each corkscrew handle is just unique - like people.

Laguiole (pronounced "Layoll" ) is a village in south-central France. It was widely recognized for its knives beginning in the 19th century. Unfortunately by the late 20th century was in the doldrums. The name was resurrected in the late 80's and is currently seeing a revival throughout the world. 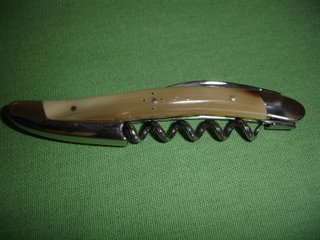 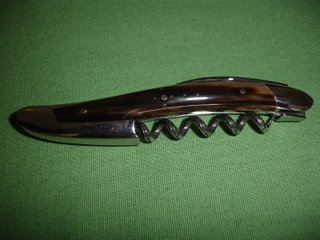 * In the center you will notice 6 metal rivets around a larger center rivet. The tradition was for shepards who were unable to attend Sunday service while tending sheep in the fields. The shepards would plant their Laguiole knives in the ground - cross upwards and pray in the fields. 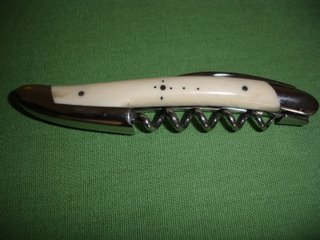